The emergence of Serbia as China’s new strategic hub – EURACTIV.com

EU membership remains Serbia’s strategic objective, as two-thirds of its trade is with the EU. However, Serbia has become closer and closer to China in recent years in a multitude of areas, writes Serbian journalist Darko ÄŒaÄiÄ‡.

The Balkan region has become a strategic Chinese hub that could finally link the port of Piraeus in Greece, which China acquired in 2016, with the countries of Central Europe, and therefore the EU markets, explains Giorgio Fruscione. from the Italian Institute for International Political Studies. Therefore, China is fighting for influence in Serbia, in its efforts to override Russia, Turkey and the Gulf countries, mainly the United Arab Emirates. Serbia remains energetically dependent on Russia, with which it also cooperates militarily. The UAE has become Belgrade’s main partner in the Arab world over the past nine years, with a growing partnership in the fields of aviation, city construction, agriculture and defense.

On the other hand, Beijing has recently expanded its cooperation with Belgrade in various fields. Total trade between Serbia and China has grown steadily over the past decade. According to data from the Serbian Development Agency, China accounts for 8.9% of the total value of foreign direct investment. In 2016, after a visit by Chinese President Xi Jinping to Serbia, Chinese Hesteel took over a struggling steel plant, previously owned by US Steel.

In 2018, Chinese company Zijin Mining acquired the country’s only debt-ridden copper mining complex. Chinese company Linglong, main sponsor of Serbia’s top soccer league, is building a nearly $ 1 billion tire factory. In January 2021, the Chinese company Power Construction Corporation, in collaboration with the French companies Alstom and Egis, signed a memorandum with the Serbian government on the construction of the first two lines of the Belgrade metro.

While the government welcomes Chinese investors who are taking over old industrial sites, residents and activists say they are suffering the environmental consequences. In a recent report, the European Parliament expressed concern about the lack of transparency and assessment of the environmental and social impact of Chinese investments and loans in Serbia and the Western Balkans.

Many large infrastructure projects in Serbia have been financed by Chinese loans over the past decade and all contracts have been awarded to Chinese companies without public tendering. China is not the main external creditor, but its share in the government’s external debt is likely to increase if loans are disbursed according to contracts, noted Mauro Giorgio Marrano, senior CEEC economist at UniCredit Research, in April. These loans are generally for a term of 15 to 20 years, with a five-year grace period and interest rates between 2% and 3%. The amount taken out of loans from China to Serbia is equivalent to 7% of GDP last year. The modernization and reconstruction of two sections of the Hungarian-Serbian rail link are among these projects.

Beijing recently expanded its cooperation with Serbia in the field of security. More than a thousand cameras from Chinese giant Huawei, with facial recognition software, have been installed in Belgrade, although this security equipment does not meet EU standards adopted by Serbia. Intelligence sources, city officials, academic experts and security industry executives interviewed in Europe, the United States and Asia, told the Financial Times that China’s “safe” and “smart” urban systems Carry a plethora of potential threats to security and human rights.

The growing cooperation between Chinese and Serbian universities and schools continues unabated. Three Serbian universities have signed a cooperation agreement with Shanghai Jiao Tong University. Serbia is also home to two Confucius Institutes, run by the Chinese government. These examples of expanding soft power should be seen as part of a larger effort by China to promote its culture and values. Also, a new Chinese cultural center is being finished in Belgrade on the site of the former Chinese embassy, â€‹â€‹destroyed by NATO in 1999.

VuÄiÄ‡ last month highlighted the achievements of the Chinese Communist Party over the past 100 years, saying he has set an example for the world. 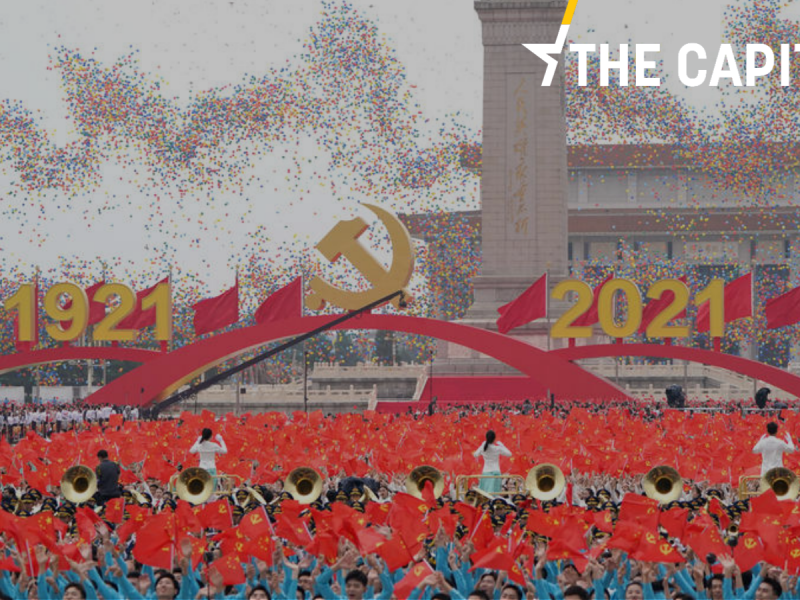 No other party or political organization in the world can boast of what the Chinese Communist Party has accomplished, Serbian President Aleksandar VuÄiÄ‡ said at an online summit to mark the 100th anniversary of the Chinese Community Party, adding …

â€œI am very grateful to the Chinese Communist Party for having good cooperation with the party that I am leading. We see how you have established this kind of connection and cooperation between citizens, parties and state institutions. This is something that we really learned a lot from the Chinese Communist Party. And we think we can build it in the future, â€VuÄiÄ‡ said for CGTN.

The relationship deepened during the coronavirus pandemic, with China providing medical aid and medics. Almost overnight, China became Serbia’s best friend in the country’s media. A video of VuÄiÄ‡ enthusiastically embracing the Chinese flag has gone viral. The deployment of the COVID-19 vaccine in Serbia has been considerably rapid in the first two months thanks to Chinese giant Sinopharm. Serbia has imported 4.2 million Sinopharm vaccines, representing almost 60% of the doses obtained so far.

In early June, the Torlak Institute in Belgrade became the first facility outside Russia to produce the Sputnik V vaccine. A month later, the Serbian government signed a memorandum of understanding and cooperation with partners from China and the Emirates Arab Emirates to produce Chinese Sinopharm COVID-19 vaccine in Serbia.

China’s rise to power in Serbia relies mainly on state support. Chinese investors see the benefits of Serbia, which has trade deals with Brussels, but is not subject to the bloc’s strict rules, as it is not a member of the EU. China’s influence in Serbia is undoubtedly growing and is set to continue, but its further strengthening will depend on the country’s progress on the European path.