A new road disappears in a mountain tunnel above a sleepy Montenegrin village, the unlikely endpoint of a billion-dollar project that threatens to derail the small country’s economy. (Photos: Savo Prelevic / AFP)

PODGORICA: Two sleek new roads disappear into mountain tunnels above a sleepy Montenegrin village, the unlikely endpoint of a billion-dollar China-funded project that threatens to derail the kid’s economy country.

The government has already burned $ 944 million in Chinese loans to complete the first stretch of road, just 41 kilometers away, making it one of the most expensive pieces of tarmac in the world.

Chinese workers have spent six years digging tunnels through solid rock and raising concrete pillars above gorges and canyons, but the road actually leads nowhere. Almost 130 kilometers still need to be built at a probable cost of at least $ 1.2 billion.

“The construction looks impressive, but you can’t stop there,” says Dragan, 67, who has retired to the village of Matesevo. “It’s like buying an expensive car and leaving it parked in the garage.”

Critics question how the rest of the road will be paid for and point to the environmental damage caused by the construction as well as the corruption allegations over the allocation of work contacts. But locals are inclined to talk about the positives.

“This story has good sides for us villagers. Some have managed to sell their land and move on, which was previously impossible,” said a villager, whose two-story house now stands a few feet from gargantuan pillars. concrete that support the four-lane highway.

“I manage to sell vegetables and chickens to the workers,” added the man who did not want to be named, also reflecting that the mounds of earth at the construction site prevent the river from collapsing.

The section connecting Matesevo to a town close to the capital Podgorica – the most difficult part to build – is expected to open in November. But the road is intended to connect the Adriatic port of Bar to the south with the Serbian border to the north, with the intention that the Serbs will then extend it to their capital, Belgrade.

It is not known where the money will come from or how Montenegro, a country with a GDP of $ 5.9 billion, will repay its existing debt to China. If Montenegro cannot pay, it faces arbitration in Beijing and could be forced to relinquish control of key infrastructure, according to a copy of the contract seen by AFP. (continued below) 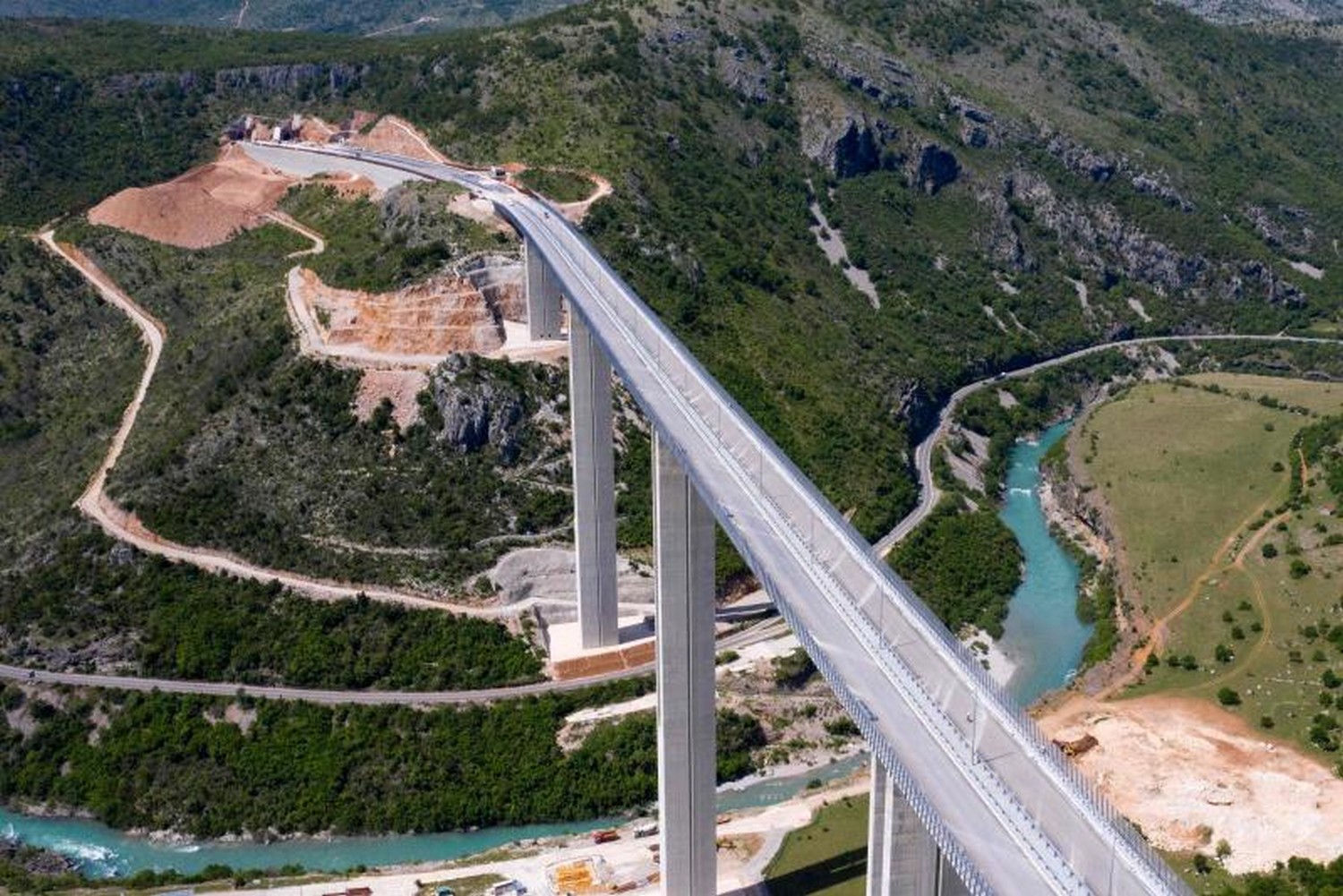 Part of the new highway connecting the town of Bar on the Adriatic coast of Montenegro to neighboring landlocked Serbia, near Matesevo. The highway is being built by China Road and Bridge Corporation, a large Chinese state-owned company.

China has been widely criticized for cornering small countries with unmanageable debt as part of its global belt and road initiative. Critics fear she is using her financial leverage to bolster her political power, in what they call “debt trap diplomacy.”

But Chinese officials have vigorously denied any ulterior motives for investing in Montenegro and the wider region.

“This cooperation is mutually beneficial and win-win,” the Montenegrin Embassy in China said in a statement last month. “If someone puts negative labels on China’s investment, it is not only unfair to China, but also disrespectful to the countries of the Western Balkans.”

With Montenegro’s first repayment due in July, it could become the first European country to test these claims.

“If we do not find sources of funding to build on, we are in great difficulty,” Infrastructure Minister Mladen Bojanic told AFP, saying he was determined to complete the road.

– Out of sight of the public –

Bojanic is now trying to get help from the European Union to save a project he fiercely opposed when he was in opposition, calling it risky and reckless. Risky, reckless and, according to activists, corrupt.

More than a third of the local contractors chosen to work on the project had ties to former ruling socialists of President Milo Djukanovic. There was no public tender and the relationship between payments received and work performed is unclear, according to anti-corruption watchdog MANS.

“Construction decisions were poorly made out of the public eye, and that’s something we will now have to pay for,” said Dejan Milovac of the group. The government has promised to investigate any allegations of corruption.

More questions have been asked about the environmental impact after construction works ruined a Unesco-protected stretch of river near Matesevo, with the Chinese company agreeing to finance work to repair the damage.

– Tolls are not enough –

Problems with the project were not unforeseen – experts lined up ten years ago to tell the government it was unsustainable. They warned that the benefits for trade and tourism on the Adriatic, or the development of poorer areas in the north, would never outweigh the costs.

The current government has admitted that toll revenues will not even cover the annual maintenance of the road, estimated at $ 94 million. “It would take at least 22 to 25,000 vehicles a day for the highway to pay,” civil engineer Ivan Kekovic told AFP, about four times the number he could expect on the busiest section. .

Even that grim assessment can be optimistic if all Montenegrins do their math like Zeljko Rajkovic, a 55-year-old teacher in Kolasin, near Matesevo.

He assesses the advantages of going to Podgorica on the new road: 30 minutes journey instead of 90 minutes on the old road, improved safety. Then he considers the drawbacks: tolls in each direction, additional fuel consumption.

“I will only use the new road if there is a big storm or an emergency,” he concludes.