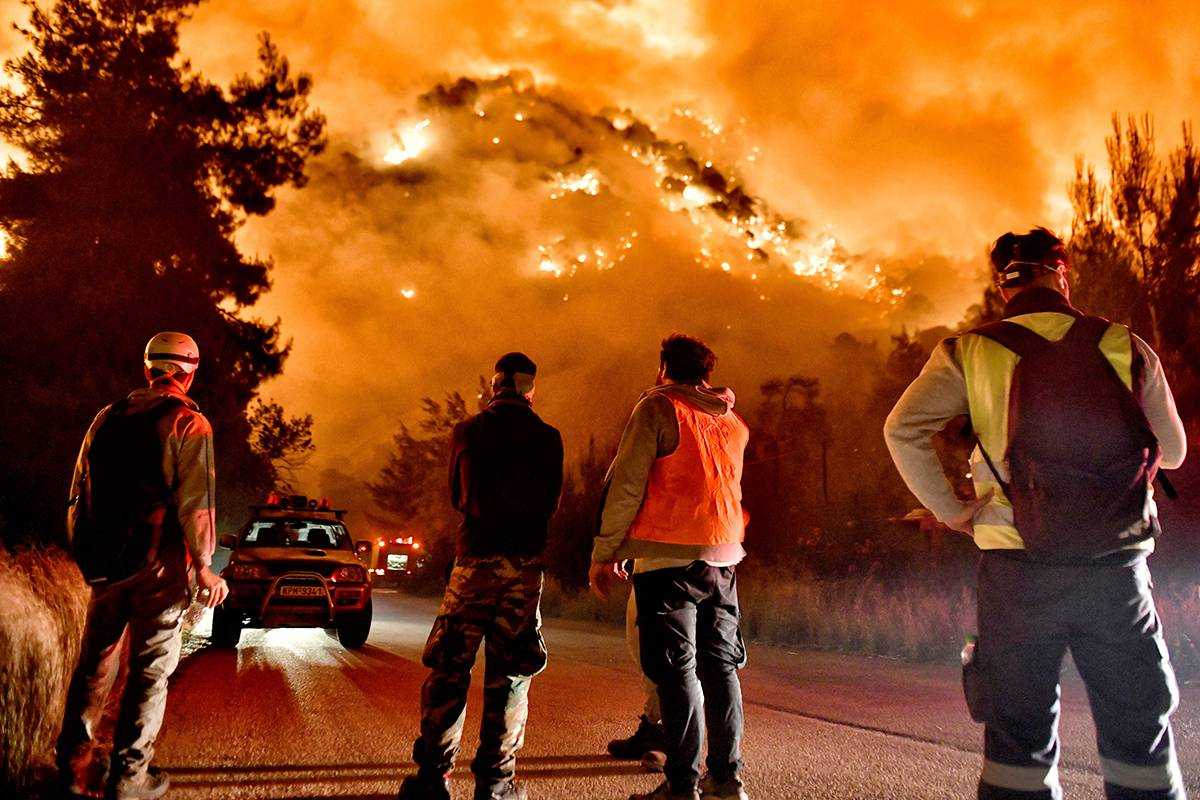 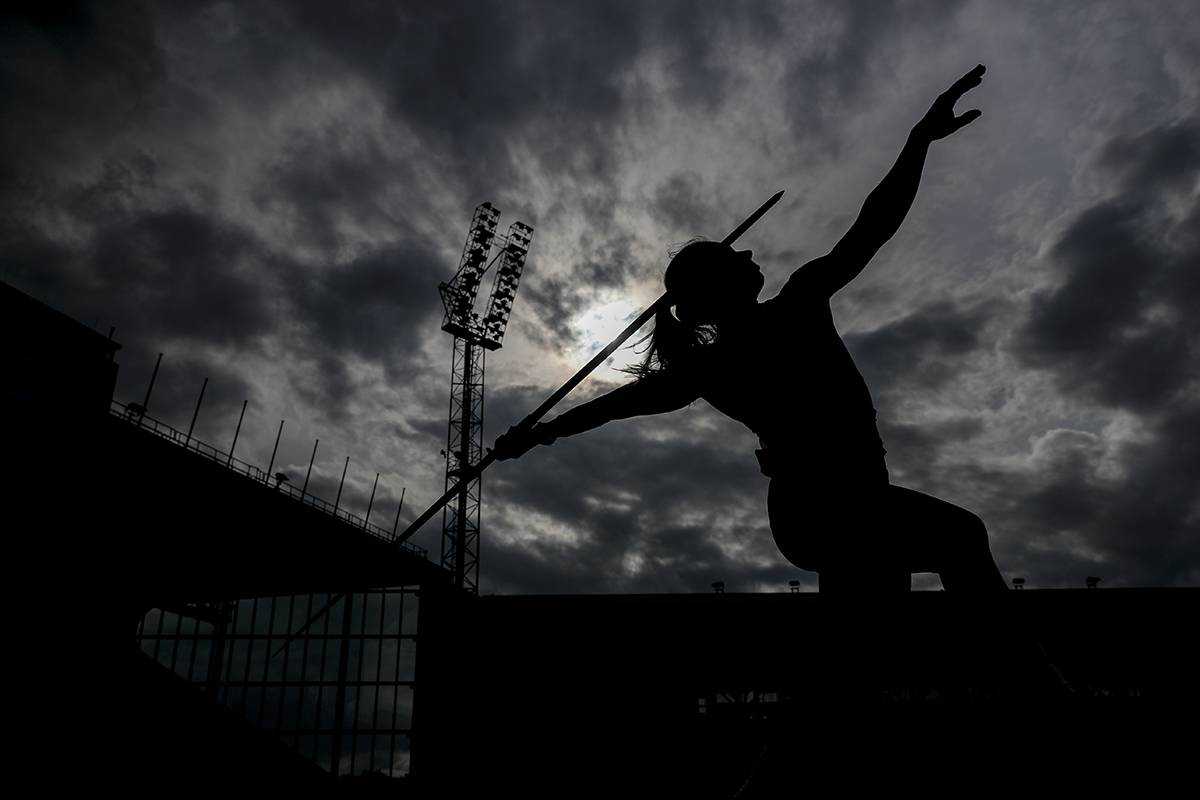 Sara Kolak of Croatia in action during the women’s javelin throw at the Golden Spike Ostrava 2021 track and field meeting as part of the World Continental Track and Field Tour in Ostrava, Czech Republic on May 19, 2021. Photo: EPA-EFE / MARTIN DIVISEK. 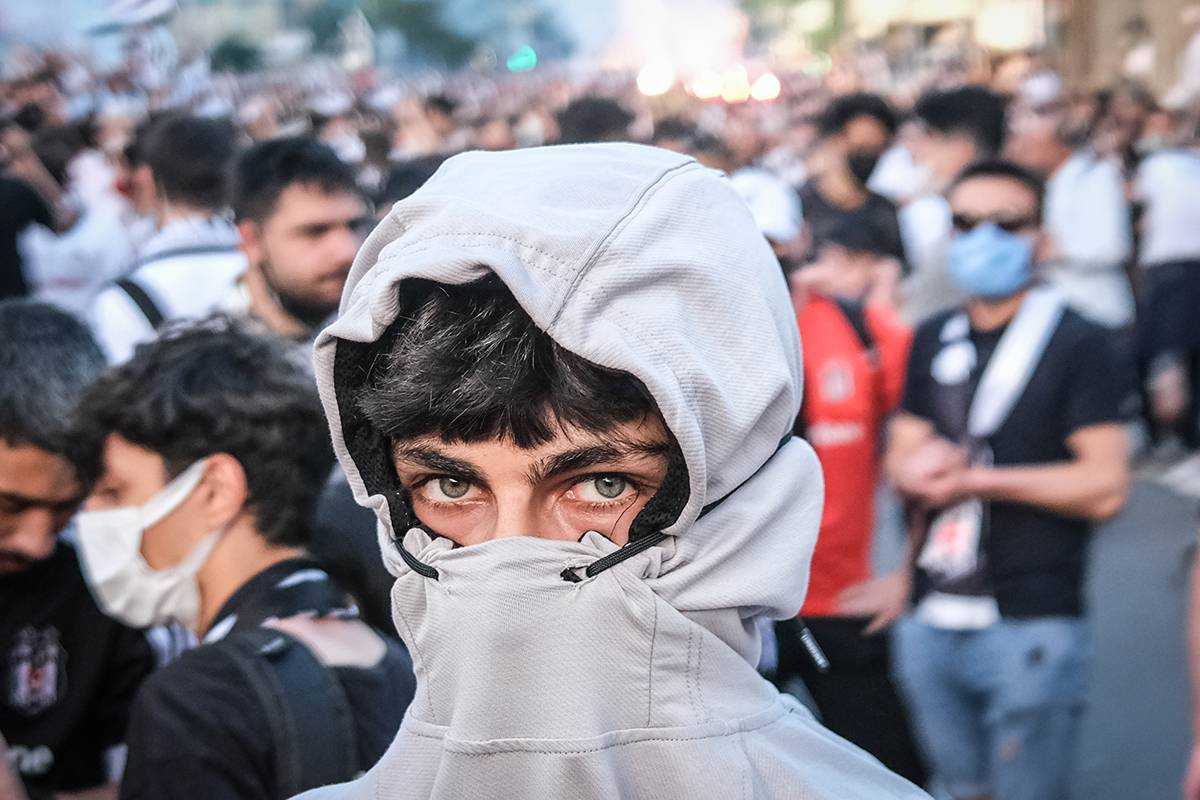 A Besiktas fan waits outside police barricades ahead of the Turkish Super League trophy ceremony in Istanbul, Turkey on May 19, 2021. The Istanbul city government has banned fans from attending the ceremony in due to the Covid-19 restriction measures. Photo: EPA-EFE / SEDAT SUNA. 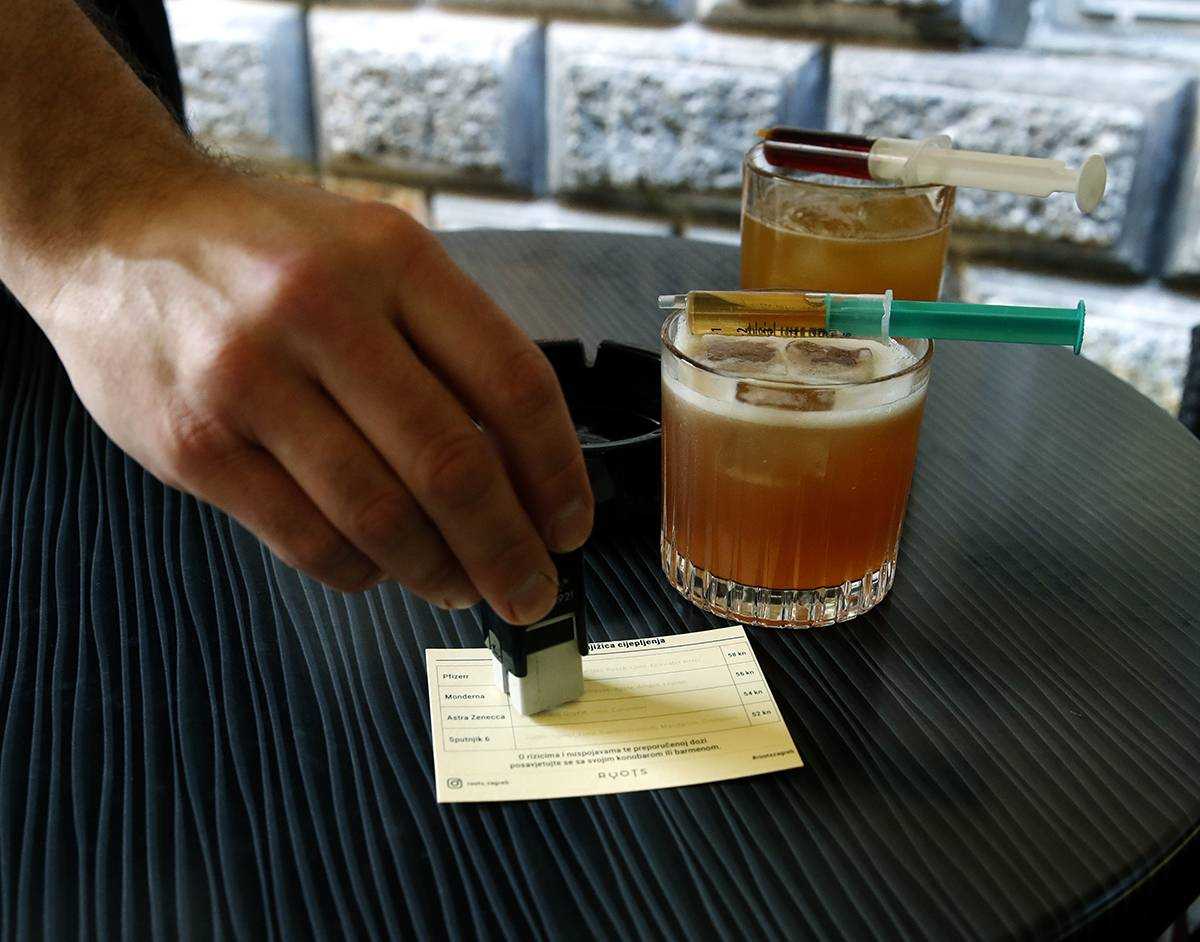 A bartender gives customers a vaccination stamp after consuming a cocktail with the name of a COVID-19 vaccine at the Roots bar in Zagreb, Croatia on May 18, 2021. The Roots Bar menu includes four cocktails inspired by the COVID19 vaccine, named Moderna, Pfizer, Sputnik, and AstraZeneca. Drinks come with a syringe, and customers are given a tampon after drinking a dose of the cocktail. One costs 50 HRK (6.5 euros). Photo: EPA-EFE / ANTONIO BAT. 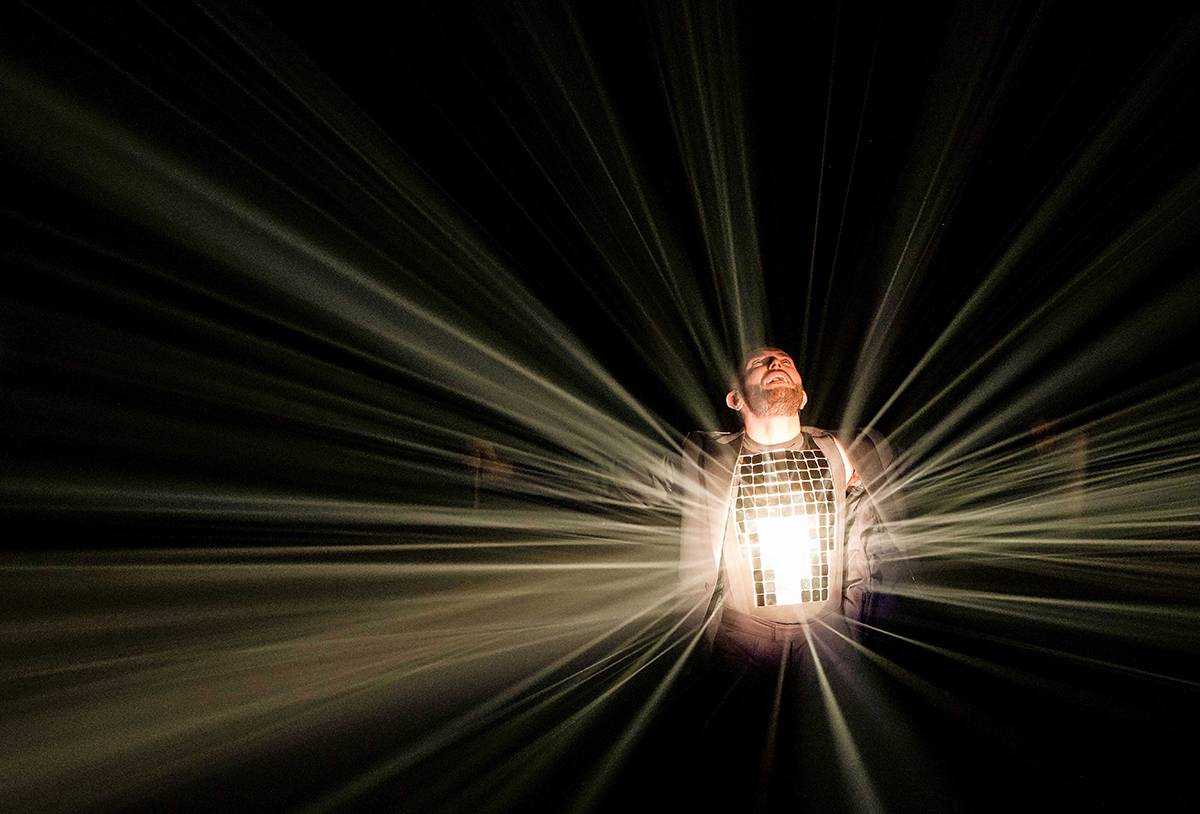 Vasil from North Macedonia with the song ‘Here I Stand’ performs during the first semi-final of the 65th Eurovision Song Contest (ESC) at Rotterdam Ahoy Arena, in Rotterdam, the Netherlands on May 18, 2021. Photo: EPA-EFE / SANDER KONING. 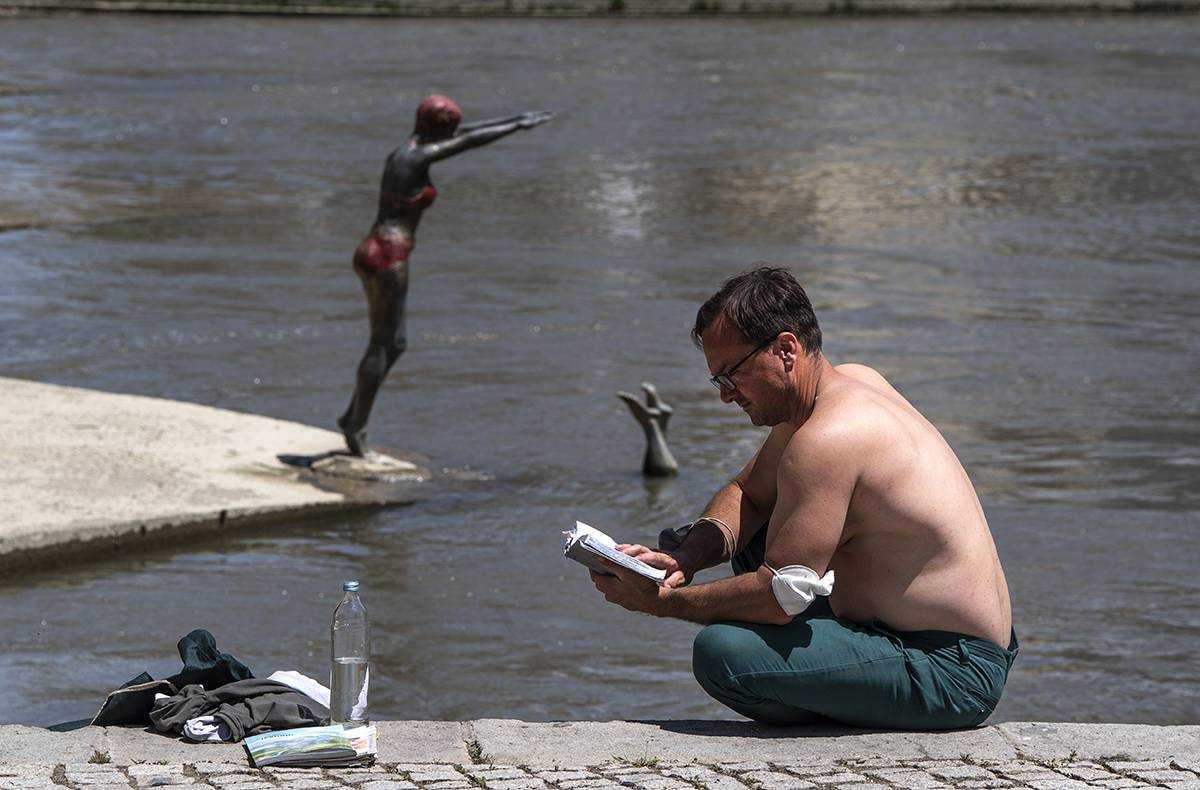 A shirtless man reads a book on the banks of the Vardar River on a sunny day in the main square of Skopje, North Macedonia, May 18, 2021. Photo: EPA-EFE / GEORGI LICOVSKI. 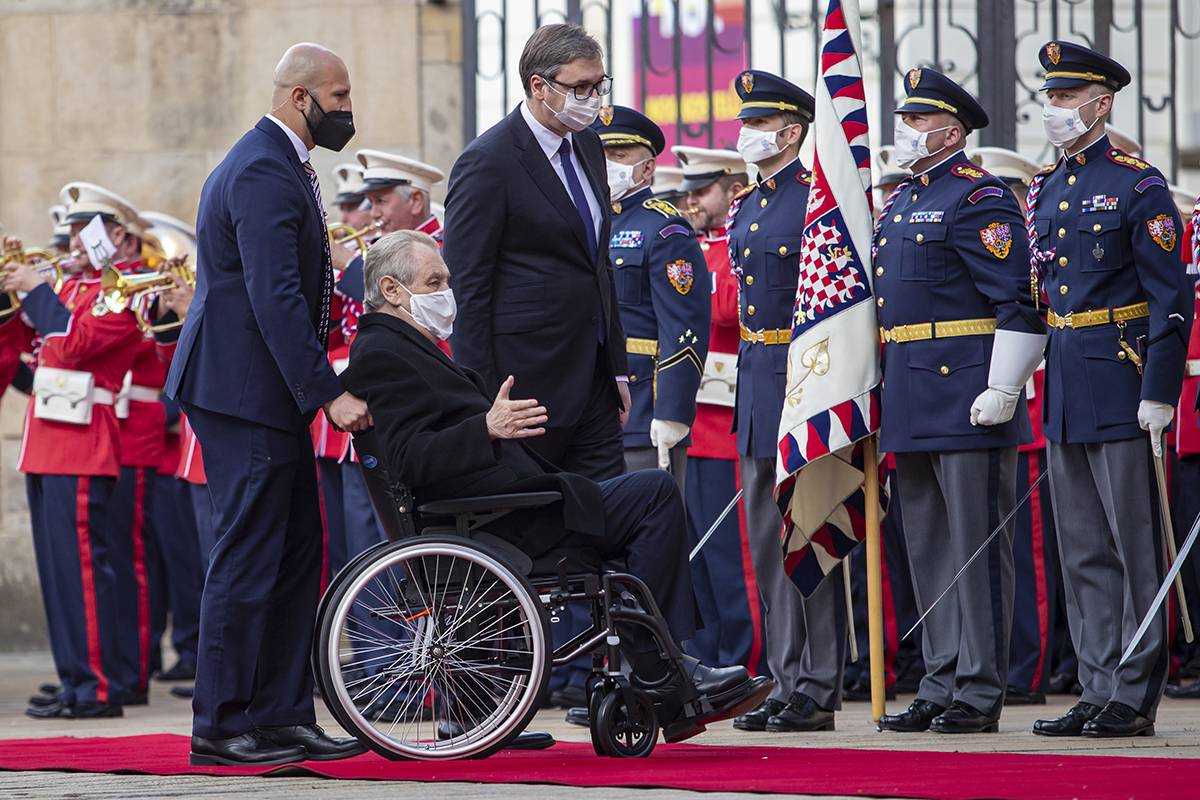 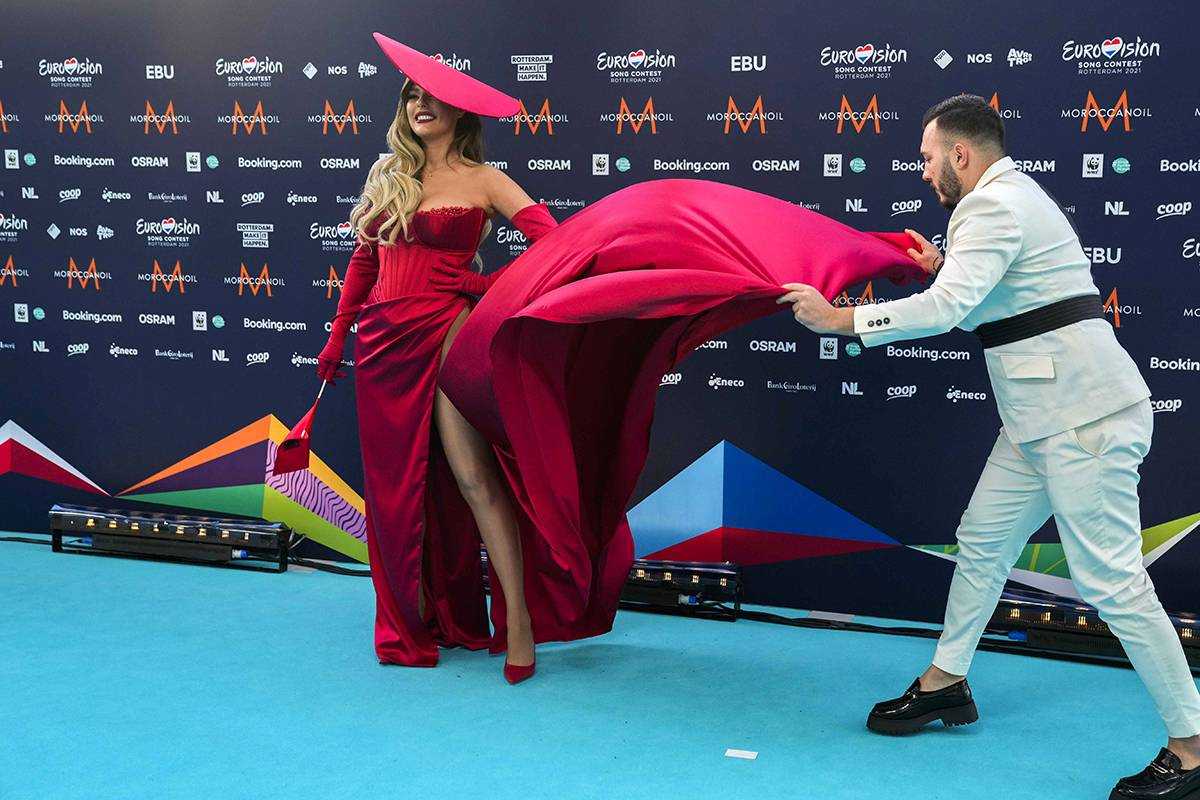 Anxhela Peristeri, from Albania, arrives on the turquoise carpet of the opening ceremony of the 65th Eurovision Song Contest at Rotterdam Cruise Terminal, Rotterdam, The Netherlands on May 16, 2021. Photo: EPA-EFE / SANDER KONING. 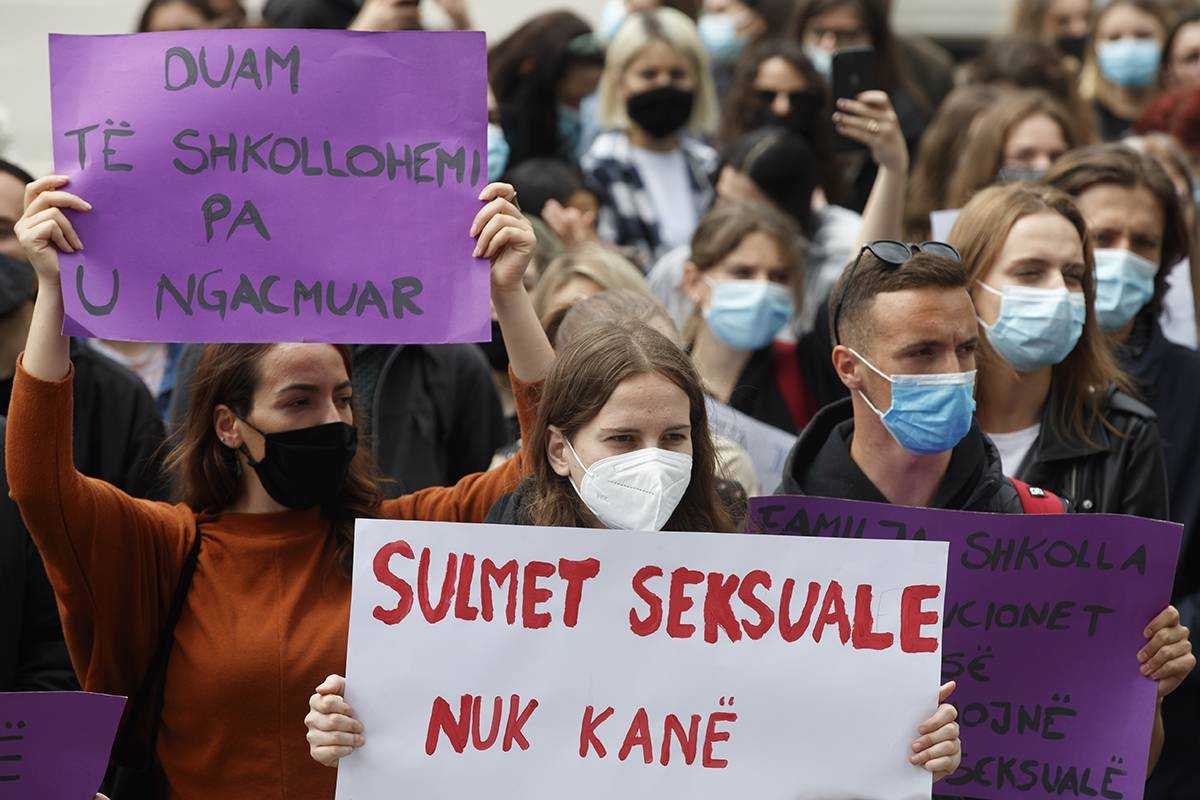 Activists of the “Collective for Feminist Thought and Action” hold banners and shout slogans against the neglect of girls’ safety and the lack of appropriate education policies at a protest in Pristina, Kosovo on May 17, 2021 Photo: EPA-EFE / VALDRIN XHEMAJ. 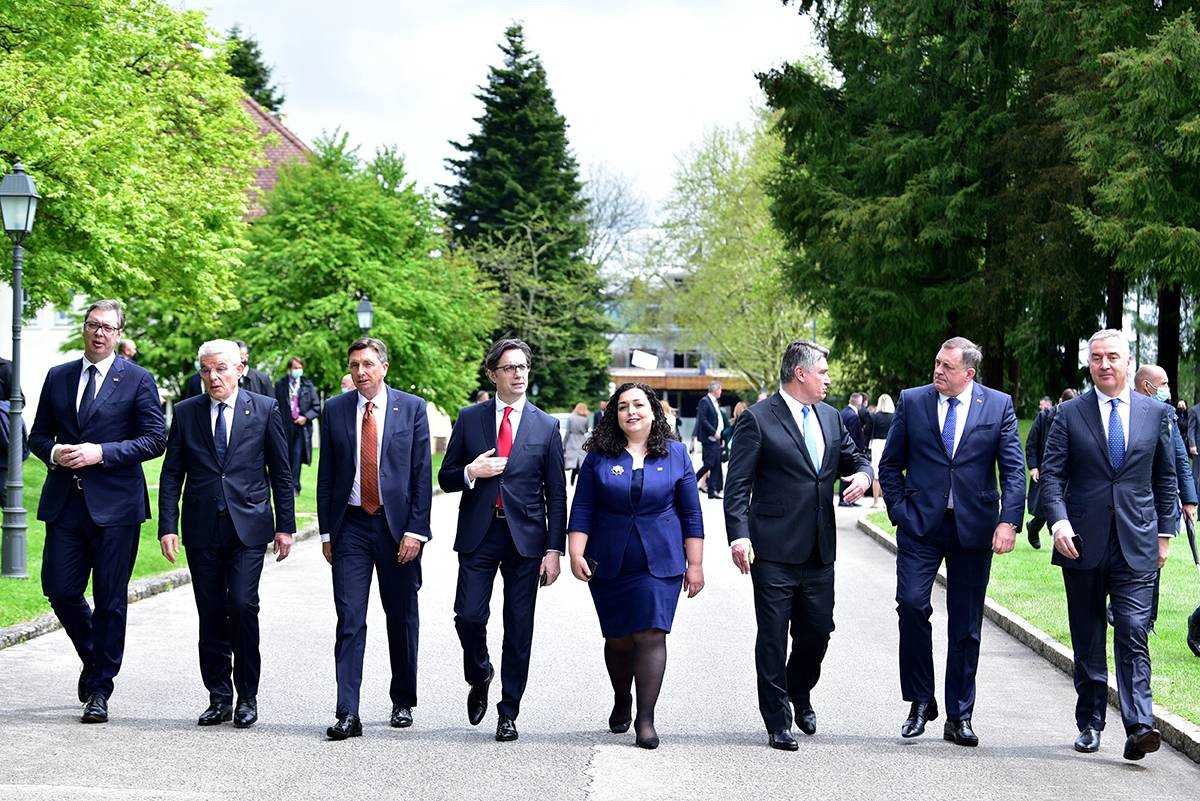 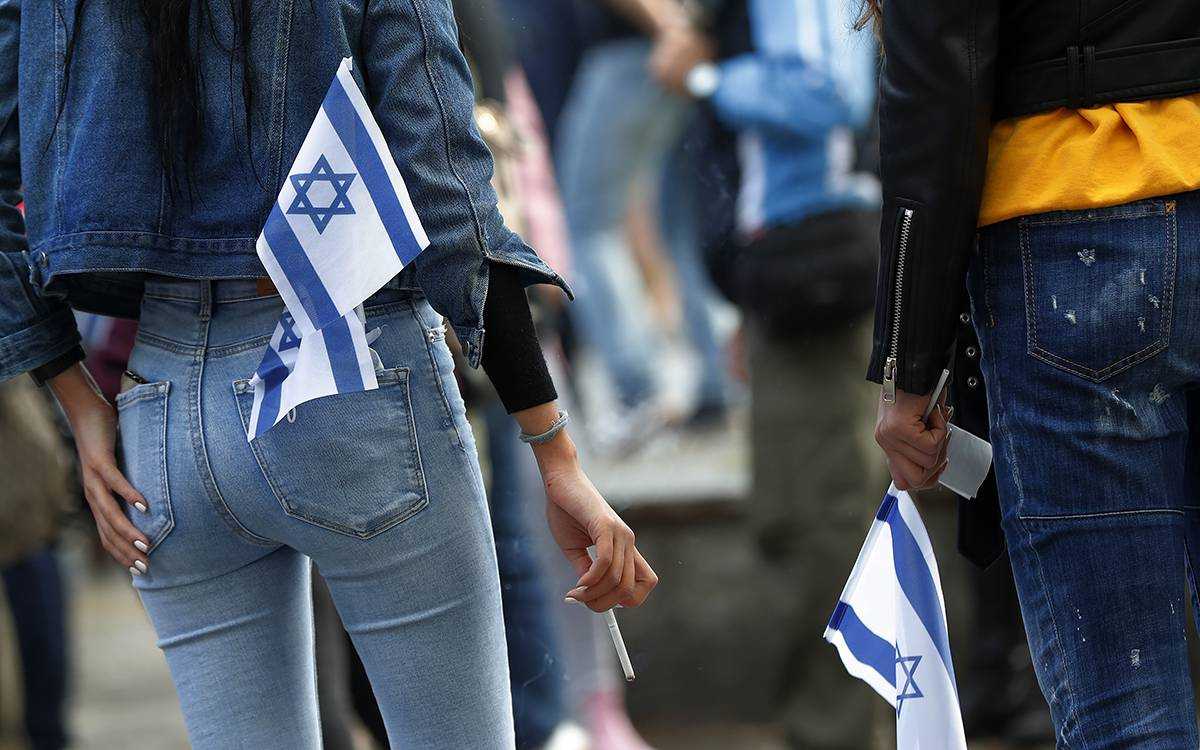 Young protesters hold Israeli flags while discussing after a demonstration in support of Israel in University Plaza in downtown Bucharest, Romania on May 16, 2021. Protesters gathered to support the actions of Israel and call for peace. Photo: EPA-EFE / ROBERT GHEMENT. 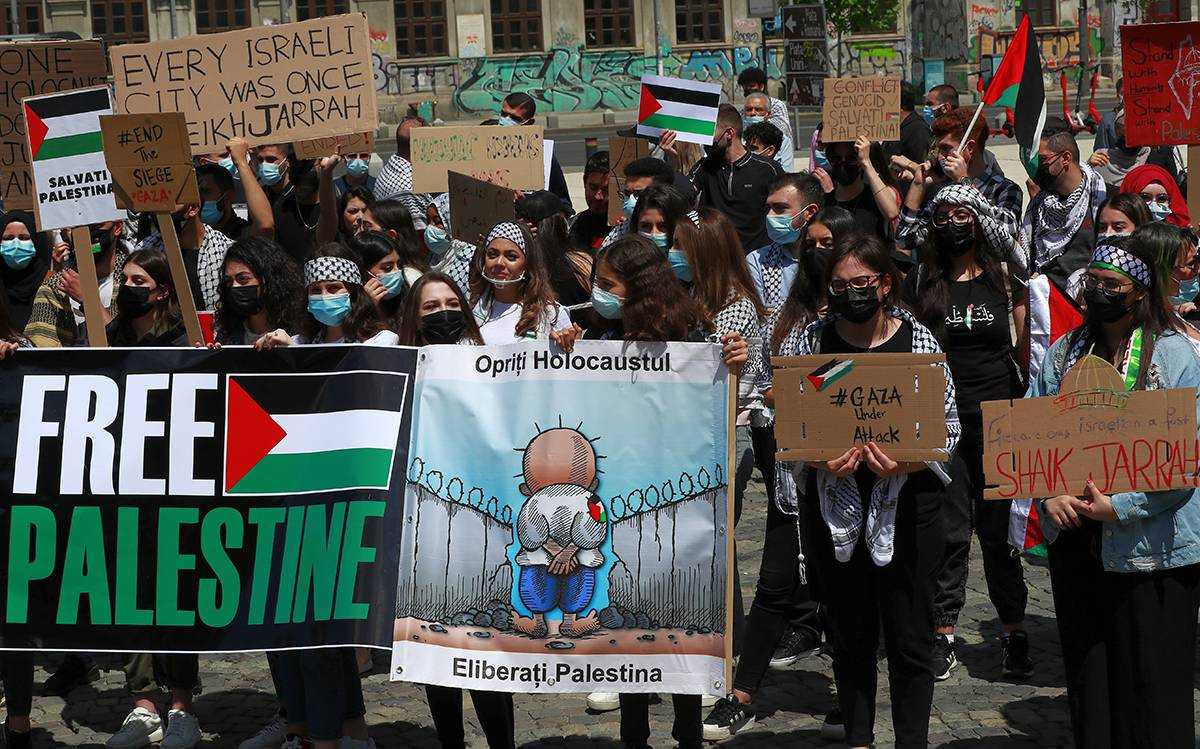 Protesters shout slogans while holding placards during a pro-Palestinian protest at University Plaza, Bucharest, Romania, May 15, 2021. Protesters called for a free Palestine in response to days of violent clashes between the Israeli security forces and the resulting Palestinians, according to local health officials, with at least 140 people killed in Gaza and seven in Israel. Photo: EPA-EFE / ROBERT GHEMENT. 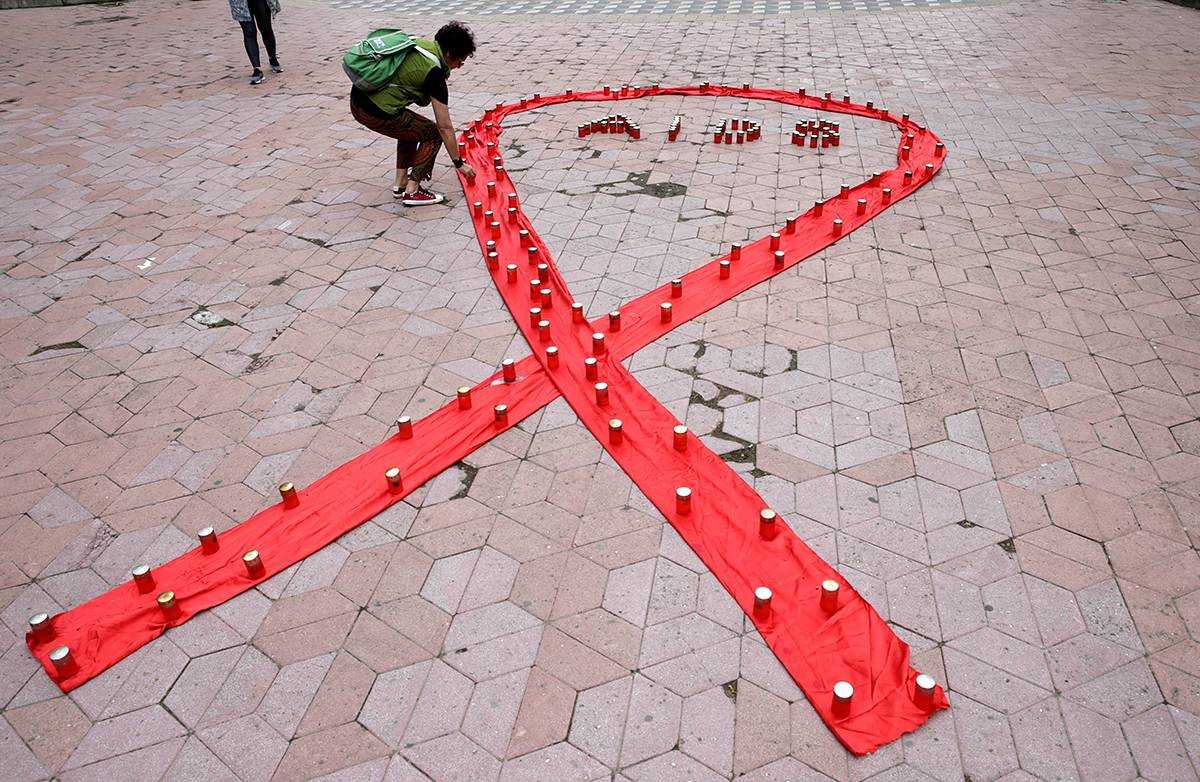 An activist lights a candle at the International AIDS Candlelight Memorial in Belgrade, Serbia on May 16, 2021. Photo: EPA-EFE / ANDREJ CUKIC. 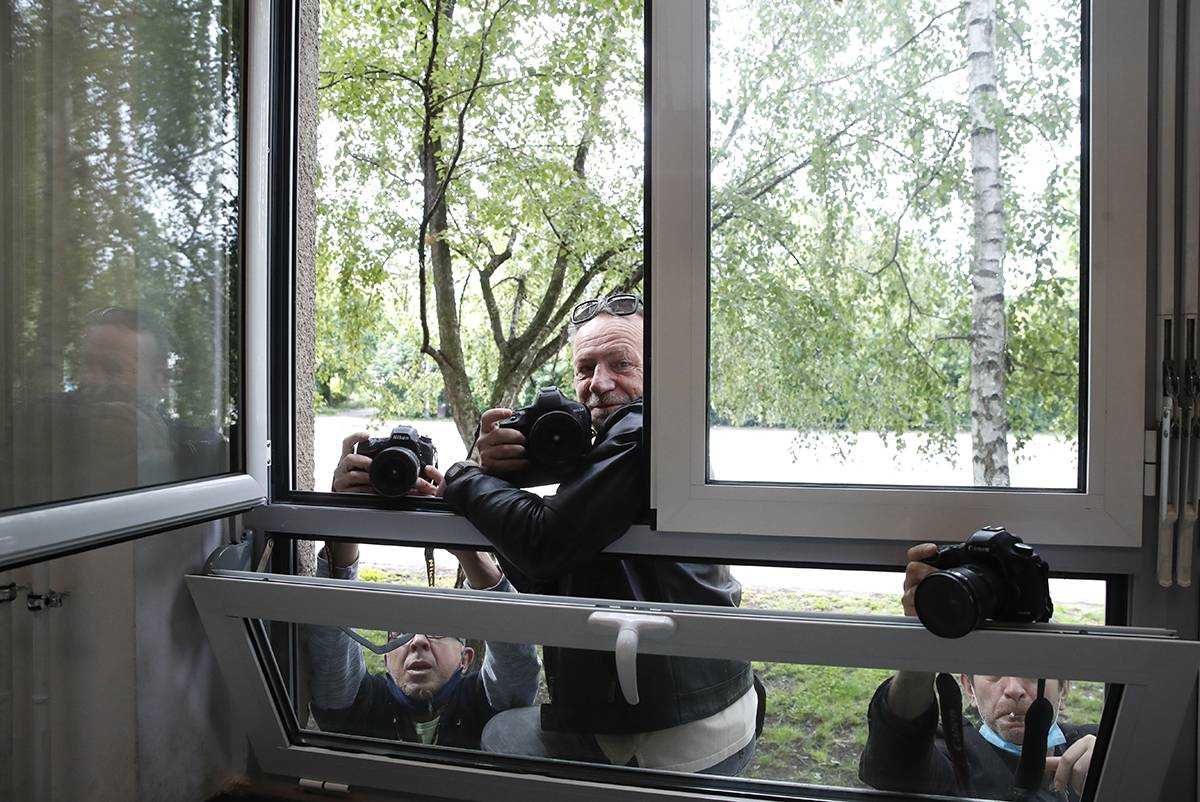 Photographers take photos of the exterior through a window at a polling station in downtown Zagreb, Croatia on May 16, 2021. Local elections were held under strict epidemiological measures due to the pandemic of coronavirus. Photo: EPA-EFE / ANTONIO BAT.

A panoramic image shows a boy riding a merry-go-round in a children’s playground in Cismigiu Park on May 15, 2021. As the rate of new COVID-19 infections falls, authorities in Bucharest have decided to revoke the compulsory mask. wear in outdoor spaces. Photo: EPA-EFE / ROBERT GHEMENT. 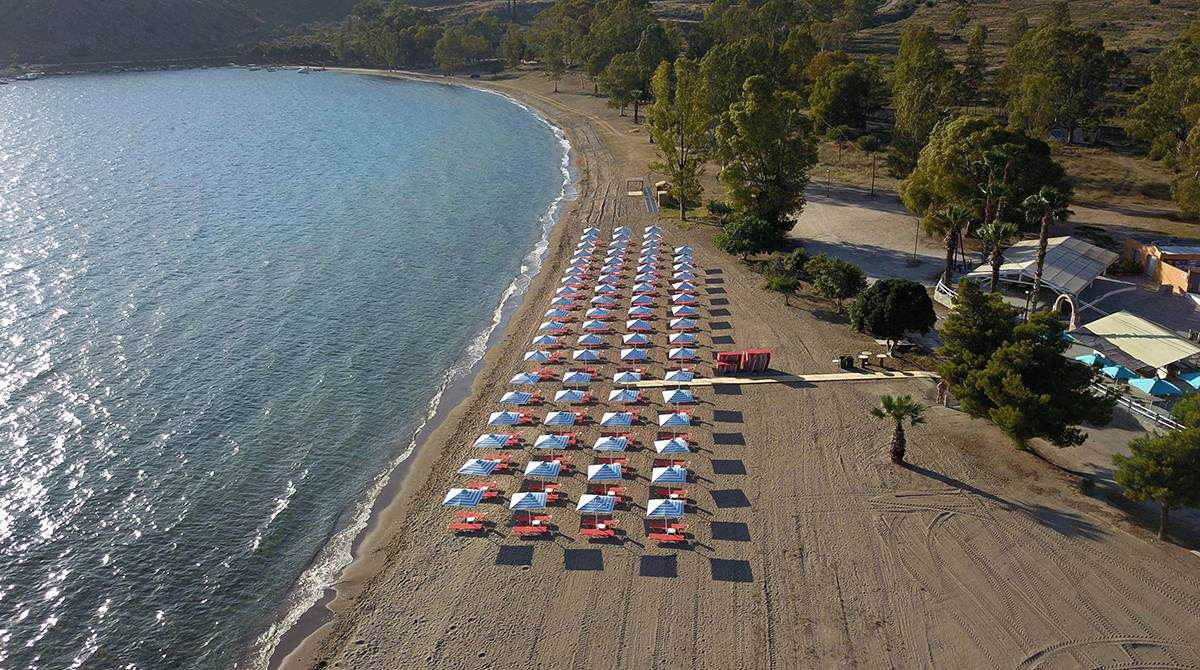 A drone photo shows an organized beach in Karathona, near Nafplio, Peloponnese, Greece on May 14, 2021. Α New period begins on May 14 with the decision to lift a number of restrictions related to the pandemic. Citizens are allowed to stay outside until 12:30 a.m. instead of 11:00 p.m. Photo: EPA-EFE / BOUGIOTIS EVAGELOS.

MODIFICATION OF THE FINANCIAL CALENDAR